Ticks don’t discriminate. They don’t care who you are, what you do, or who you know. No velvet rope can hold them back, bodyguards won’t scare them off, and a publicist’s PR campaign can’t keep them from biting. When it comes to Lyme disease, celebrities truly are just like the rest of us.

The breadth and scope of the Lyme epidemic has only become apparent in recent years. With its constellation of wide-ranging symptoms, and patients’ frequent difficulty in obtaining a proper diagnosis, Lyme can seem like an “invisible disease” — confounding, debilitating, and isolating. Fortunately Lyme awareness is becoming part of the public conversation. And in many cases, celebrities are leading the charge. Stars like Shakira, Alec Baldwin and Lady Gaga have spoken out about their experiences with Lyme, and others have adopted raising awareness as a personal mission.

Avril Lavigne has emerged as perhaps the most prominent celebrity “Lyme warrior”. The Canadian singer seemed to drop off the face of the earth after she released her last album in 2013. Now she’s resurfaced to share her story, releasing a new single about her battle with Lyme, “Head Above Water”. “Part of me doesn’t want to talk about being sick because I want it to all be behind me, but I know I have to. Because not only is it a part of my life, I need to bring awareness to the severity of Lyme disease,” she wrote in a heartfelt letter to fans. She also revealed that her personal foundation is partnering with Lyme-literate doctors to further research into treatment and prevention.

Didier Cohen suffered for over a decade before he was diagnosed with Lyme in early 2018. As a model, actor and musician living and working in Australia — where Lyme disease isn’t officially recognized as a local concern — he struggled to be taken seriously by doctors, even as his health deteriorated. Upon returning to the US to record his first album, he became so ill that he couldn’t work. His family doctor suggested he might have Lyme, and to Cohen’s shock, the tests came back positive. A slew of antibiotics only seemed to make matters worse. But after undergoing comprehensive, foundational treatment, Cohen has found a new lease on life. His symptoms gone, he has made a mission of promoting Lyme awareness via his new health vlog — reassuring his fellow patients that there is always hope.”No matter how crazy your journey’s been, it can always get better,” he says.

Crystal Hefner is also enjoying a renewed appreciation for life following her successful treatment. Hefner can’t recall having been bitten by a blacklegged tick, but the former Playmate and widow of Playboy founder Hugh Hefner was diagnosed with Lyme in 2016. She shared her journey via social media from the very beginning. “I always thought I was a hypochondriac,” she said, announcing her diagnosis via Instagram. “Doctors told me it was just ‘stress’ or ‘all in my head’, but I finally figured it out and you can too.”

And anyone who’s followed her career knows that Kelly Osbourne is always outspoken. The reality star, singer-songwriter and daughter of legendary rocker Ozzy has made a career of saying what she thinks — including about her battle with Lyme. Bitten by a tick at her father’s birthday party in 2004, Osbourne suffered from pain and digestive upsets for years. Doctors piled on prescription after prescription. “It turned me into a zombie”, she writes in her memoir, “There is no secret.” Finally, as a last resort, she sought treatment with Infusio. “Rather than trying to kill off the disease with antibiotics, this treatment worked to strengthen my immune system so my body could fight off and get rid of the disease on its own, which is a much more complete and lasting cure.” She has taken charge of her health, refusing to let anyone dismiss her concerns. “I’ve learned to advocate for myself when it comes to my health.”

Raising awareness is critical to mitigating the worst effects of the Lyme epidemic, and in this age of global communication, public figures’ stories are important to the cause. When celebs tell their stories, it’s apparent that their experiences are very similar to Lyme patients the world over, celebrities and “regular folks” alike. With Infusio’s innovative, foundational treatment protocol and spa-like ambiance, every patient can count on receiving the  “celebrity treatment” as they begin to reclaim their health. 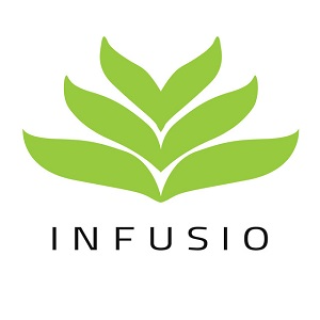 We have taken healing out of the doctor's office and placed it into a spa-like ambiance while skillfully combining the best of modern medical techniques including Stem Cell Therapy, Lyme Disease Treatment, Hyperbaric Oxygen Therapy, and Stem Cell Injections with cutting edge complementary medicine.